It is time for the breakout…I had no idea where I was going, how that would look, or where to start…& between you and me,

I have never been so scared in all my life!

Is it just me or do you also have the occasional thought, or as I call it the “little voice”, telling you you can’t have the life you want. With the justification being  “I can’t have the life I want….it is not possible…if the past keeps telling the story…why would now be any different?”

What do you do when you realise that you haven’t been able to look at yourself in the mirror, nor do you recognise the life that appears to have become your life?

Then the questions at a thousand miles an hour start…you know the ones…. the ones that you don’t want to talk about… the ones that are always there but you squish down with ‘busy life’; work; activities; relationships (that don’t or aren’t working)”; or alcohol or FOOD. There it is – my coping strategy and a key indicator for me – food has been the key to my survival thus far… well let’s be honest……the last 20 years of my life.

All I thought I ever wanted in life was to travel; fall in love and be happy. But how can you have those things if you don’t know who you are? How can you be happy if you aren’t happy with you? And how can you love someone else when you don’t love yourself?

So there it is… the thing that makes my heart shatter into a thousand pieces… I know myself… however I don’t love myself. The pattern of my relationships with everyone in my life has always been based on what I thought they wanted or needed me to be. How insane is that logic!

This is the part where the little voice starts to interject again…………………….

REALLY??? What a load of bollocks! This nice girl never got what she wanted, however I became the expert in making it appear that everything was fine & I was fine….fine…..fine…..

I was always picked last for the teams at school – that’s fine…I was always the last person anyone wanted to sit next too – that’s fine – I was the last one to have a boyfriend – that’s fine – (By the way my first Valentine’s day gesture ever was when I was 27 from a French man & yes the rumours are true – they are very romantic & he made up for all the years where nothing was present).

I am Selina, I am 33 yrs old…..I am not fine……and I decided that this year was going to be my breakout year!

However all of that went on hold as the year started out unlike anything I could have imagined – and despite creating my visualization boards – my focus was on the man that I loved – the man I had asked out 9 months earlier and the man that I thought through all of his actions; wanted to spend the rest of his life with me. That man sadly had to leave the country and return home due news which would change his life (even though death is a part of the cycle of life everyone deals with grief and loss differently). No matter what I did to support and love him, 4 months later he realised that he never wanted to spend his life with me, however he loved me anyway.

WTF?… I was devastated, but then it hit me… I was pretending to be what he needed; compromising to make him feel better & I had become even more lost (if that was possible) to the point where all I wanted was to eat ice cream – go to work – pretend everything was positive/fine – smash out the job that I love because it was the only thing working – go home and cry with a realisation that this wasn’t my life & I wasn’t fine….then with no sleep go & do it all over again; I was 33 years old! This was not the life I had wanted, but it was the life I had created due to my past… OUCH!

So this is when it hit me – I had locked myself away and put my life on hold for someone else’s happiness and for them to step up in the world – what the HELL?????? It was time for me to say No! – This was not how my life was going to go & I no longer wanted to be ‘just fine’.

And then you know when people say one day out of no where something happened??????? (Doesn’t that annoy you just a little bit…??? Go on you can say it 🙂

I took action…I took responsibility for my life – my happiness; my mind and my body…because I was tired of hitting the wall – with no way through or over or under…..I needed a door – I had to find a way to stumbled my broken life through a door – a door I couldn’t see nor did I know was there or that I could even be unlock. The door needed a KEY – a KEY ultimately that would unlocked my life and give me wings to fly to a level that I never thought could exist.

When you are little no one tells you that the relationship you develop with yourself is the most important one as that is the reflection to the world & the identity that you operate from plus you get to chose how this looks – wow really???!!!

Now I know you are still stuck back on THE KEY…..you are asking me…what was the key????

The question to ask is – Who is the key?? ….. How do you unlock a door you can’t even see…with a key that you weren’t even aware existed……and could I even entertain the idea that maybe, just maybe this could lead me to my breakout year? And maybe; just maybe….my visualization boards may actually come to pass! Everything on the boards… not just one or two things?

Now letting go of the past is painful and the discomfort is all part of the ride….right?…you have to suffer to make the changes…why would anyone want to do that to themselves & yet we do – all the time we make ourselves suffer…through guilty…anger…sadness… no sense of self worth because really I didn’t believe that I deserved the life of my dreams…whatever that looked it.

The writing on the door didn’t make promises of ease – however it did say that it would be worth it… Was it hard? – YES – breaking a habit is hard whether it is food….smoking…self destructive behaviour & for some…hard doesn’t even begin to describe it!

SO HELL YES…the first 4-5 months was intense! Letting go of the past that no longer wanted me holy crap – how often do we hold on so tight that we become numb! Then one day the switch went from off to on and my breakout year had begun – 6 months later from my first moment, but it had begun and the access to the door that I didn’t know existed was shown to me by an amazing woman called Kylie Ryan – and THE KEY I discovered ….was me.

Kylie has shown me a world that I couldn’t have even dreamed of…. This woman has been so patient; kind; real and so powerful – The lessons thus far have been such a turning point… I started to work with Kylie around my weight and I have begun to transform my entire life from inside to out! It is my turn to shine…..and working with her as been the best gift I have ever given myself…..http://mymindcoach.com.au

Ok…so it doesn’t end here…this is my life…and I ask you to ask yourself – where will you be in 5 years if you don’t start now? So to share the first of many lessons learnt thus far during my transition of transformation……………

Am I scared by this thought that I can have the life I want…you have no idea the fear….I am a Social Worker – I have done all the courses for self development – professional and personal – however the tools that I have been working with through Kylie’s work; the tools…..have changed my life – Please know that there are no magic pills or wands – that is an illusion – the power was there all the time; within me..… in the words of the beautiful Glenda Witch from OZ – “Knowing your mind, knowing your heart, knowing your courage”.

This is my little mantra –

“Sexy is not a size; every Calorie is not a war; your Body is not a battleground & your Value is not measured by kgs!

“I am beautiful and worthy just as I am; because I am.”

WHERE TO FROM HERE…

So now that I have unlocked the door to a life I couldn’t even imagine….and having the life I have always wanted…which never looks the way you think it will…it looks even better!

I have started skipping down the yellow brick road that I am building – I got the hell out of the way of myself!  The road I am building for my future is a road of a love – abundance -fabulousness – and this is my invitation to you all, to take yourself on!

It was time to get out of the way of myself… And if you are reading this – then it is time you did the same!

In my 33rd year of living...I decided that I wanted more and I was sick of settling for a life that suddenly appeared to be mine....hang on ...this isn't want I ordered....????!!!! I am an ex Social Worker from the child protection arena; I have worked across many different diversities within the sector including a Counsellor; Nanny; HR Consultant; Supporter of Carers; Assessment Officer; now I am a Recruitment Consultant for the Social Welfare sector - where I get to ensure a win-win for everyone - a contribution to the community; candidates and clients. At the tender age of 25 I had "quarter life crisis" and moved to London for a year - then came home almost 5 years later. I travelled through Europe; Russia; Egypt; the UK and Ireland. I have lived and worked in London, Somerset UK, then New York &; Paris! I love meeting new people; travelling and exploring and inspiring others. It is time to take my life to the next level - hence the transition to sharing my thoughts to inspire others around the globe.........through any way that I can - because you deserve it! My Desire is to Inspire you, to help you Shine and watch you Soar! View all posts by SJL

What people are saying…..

Who is Little Miss Fabulousness 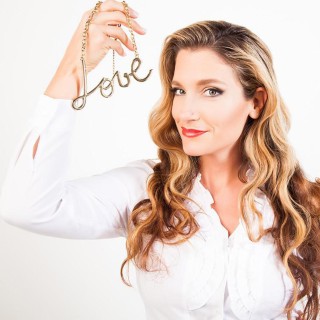 In my 33rd year of living...I decided that I wanted more and I was sick of settling for a life that suddenly appeared to be mine....hang on ...this isn't want I ordered....????!!!! I am an ex Social Worker from the child protection arena; I have worked across many different diversities within the sector including a Counsellor; Nanny; HR Consultant; Supporter of Carers; Assessment Officer; now I am a Recruitment Consultant for the Social Welfare sector - where I get to ensure a win-win for everyone - a contribution to the community; candidates and clients. At the tender age of 25 I had "quarter life crisis" and moved to London for a year - then came home almost 5 years later. I travelled through Europe; Russia; Egypt; the UK and Ireland. I have lived and worked in London, Somerset UK, then New York &; Paris! I love meeting new people; travelling and exploring and inspiring others. It is time to take my life to the next level - hence the transition to sharing my thoughts to inspire others around the globe.........through any way that I can - because you deserve it! My Desire is to Inspire you, to help you Shine and watch you Soar!